IT ALL BEGAN WITH SUGAR BEET

Apetit’s story started in the 1930s. Operations formally began in Säkylä in 1950, under the name of Länsi-Suomen Sokeritehdas. The journey to becoming the leader in vegetable-based food solutions has included many different segments, from earthmoving to growing seedlings.

Preparations for a sugar mill in Satakunta started in the 1930s. Establishing a sugar mill was a major joint effort between the provinces of western Finland in a time of widespread shortages and intense post-war reconstruction. Sugar, coffee and butter were among the most important household food products, and they had a very low level of self-sufficiency.

The memorandum of association for Länsi-Suomen Sokeritehdas was signed in Loimaa on 17 March 1950. Soon after the meeting at Alastaro community centre, share subscriptions began to be collected from farmers, residents of the local municipalities, the municipalities themselves, and banks and businesses. Volunteers went door to door to collect share subscriptions. 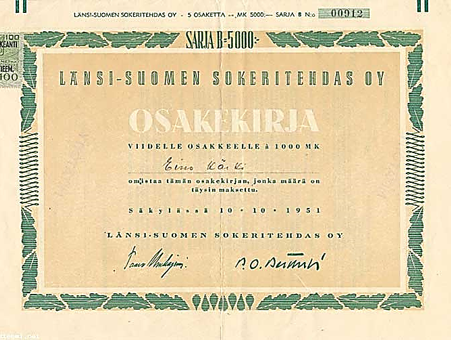 The result was an impressive 18,000 shareholders with a share capital of 405 million Finnish markkas (equivalent to about EUR 13 million in today’s money). The shareholders included all the municipalities in the share subscription area, as well as most of the creameries, merchants and financial institutions of the local parishes. Municipalities held about 25 per cent of the total, and there were some 14,000 farmers among the shareholders.

A total of 12 municipalities competed to become the home of the new sugar mill. Debate over the mill’s final location continued even after construction had already begun in Säkylä. The quarrelling went all way to the national sugar committee, where opinion began to turn against the Satakunta project.

However, Minister of Finance Viljo Rantala, who was from Satakunta himself, tipped the scales in favour of Säkylä. The result of the government’s vote on the fate of the sugar mills and granting of state subsidies to Säkylä was a 7-7 tie. Prime Minister Urho Kekkonen cast the deciding vote, granting the subsidy to Länsi-Suomen Sokeritehdas and the municipality of Säkylä.

Construction began soon after, and the mill started operations in 1953. One year later, the company bought the Räpi farm for use in agricultural research and development. The contract growing model, which had proved effective for sugar beet, was soon expanded to include other food crops. Systematic cultivation of outdoor crops began. Freezing and preservation operations began in the 1960s and continued under the Lännen Sokeri brand until 1966, when Jalostaja assumed responsibility for product sales. Lännen Sokeri continued to manage raw materials and production.

The sugar mill was a significant employer in the area, and the broadened operations had a major effect on employment in the entire region. Nevertheless, the seasonality of operations was a problem. The mill provided year-round employment to only a handful of people. Relying on a single crop and only one product was seen to involve too much uncertainty.

In January 1958, CEO Pentti Perttuli was skiing in Vierumäki when Kalle Joukanen, a member of the company’s Executive Committee, contacted him about the opportunity to acquire the Korpivaara machine shop. Korpivaara had developed a hydraulic excavator called Hydro-Master that would replace cable excavators.

The company bought the machine shop from Helsinki’s Pitäjänmäki district and moved its operations to Säkylä. The Hydro-Master was developed further and given the name Ukko-Mestari. It quickly took over nearly half of the market. Over the years, the total excavation volume of Ukko-Mestari machines grew to 12 times the circumference of the Earth. Engineering works remained part of the Group until 2004, when the Machinium business was discontinued by selling its most valuable assets to Finnish and Japanese buyers that continued the operations.

Seedlings around the world 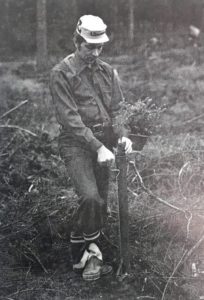 In 1973, Lännen Sokeri Oy was renamed Lännen Tehtaat Oy. Midway through the 1980s, the Group’s business segments included not only sweeteners and plant food, but also plant biomass production and earthmoving, amongst other things. In the 1960s, the sugar mill’s seedling research activities also led to the start of the seedling growing business, with advice sought from Japan. The company went on to use its planting method in projects around the world, including the Middle East, the Far East, Central America and South America. Lännen Plant Systems was eventually divested in 2005.

Lännen Tehtaat discontinued its own sugar business in the early 1990s when Lännen Tehtaat and Cultor joined forces and established Sucros Ltd. Lännen Tehtaat received a 20% stake in the new company, a stake that Apetit Plc still holds to this day.

A leader in vegetables 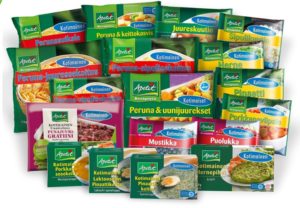 Lännen Tehtaat began a period of intense development in the early 2000s. In 2002, the Group acquired the state-owned corporations Suomen Rehu and Avena Nordic Grain Oy. The latter was the successor of the Finnish Grain Board. Growth of the animal feed business and new grain trade saw the Group double its net sales. The expansion continued in 2005 when the Group acquired Mildola, one of Finland’s largest oilseed milling plants. The sale of Grain Trade business was completed in 2022.

The sales of frozen food products had grown rapidly throughout the 1990s. In 1995, Lännen Tehtaat Oy bought the Apetit brand from Ingman. The seafood business was strengthened in 2004 by acquiring a stake in Kuopion Kalatukku, and again in 2007 with the acquisition of Maritim Food Group.

In 2013, Lännen Tehtaat Oy changed its name to Apetit Plc. In 2016, Apetit sharpened its future strategy to focus on becoming a leader in plant-based foods. As part of this strategy, the seafood business was sold in 2017. 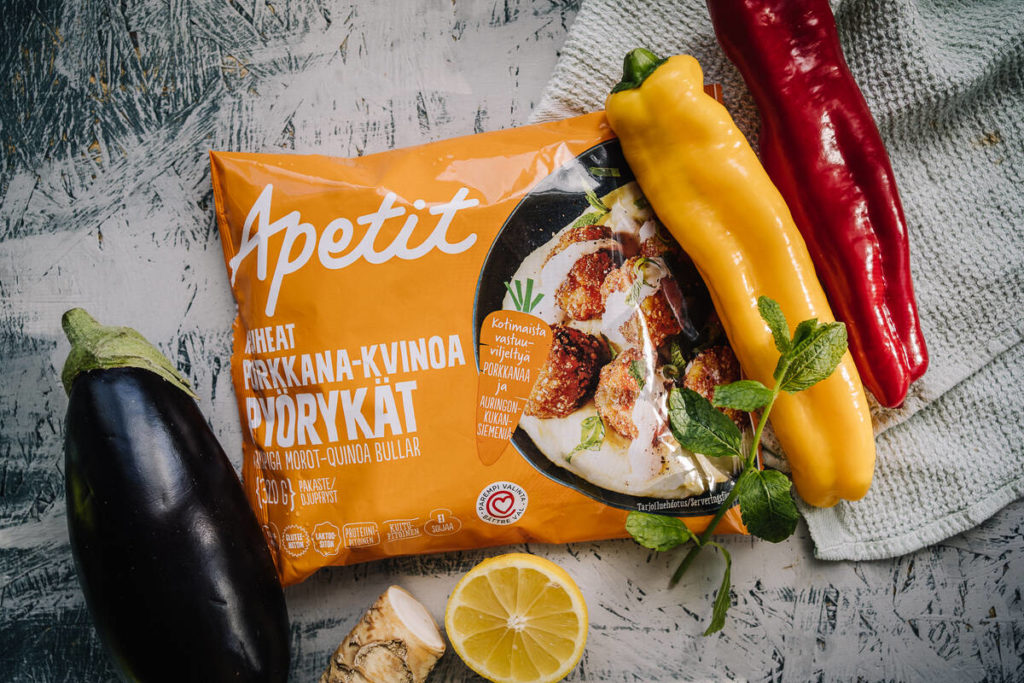 Today’s Apetit is a food industry company firmly rooted in Finnish primary production. Our operations are based on a unique value chain: we create well-being with vegetables by offering healthy and tasty food solutions that make daily life easier. We also produce high-quality vegetable oils and rapeseed expellers for feeding stuff.