Apetit Group’s most significant climate impacts, which are related to its own activities, arise from the production of the energy it uses. Energy is used especially in production, product processing and freezing. The most significant indirect impacts arise from cultivation. The most essential ways in which Apetit can influence the Group’s carbon footprint are the use of renewable energy solutions and the improvement of energy efficiency.

Apetit has researched how the environmental impacts of some of its individual products are formed. For example, 15 per cent of the carbon footprint of Apetit Potato&Soup Vegetables come from cultivation and 60 per cent from Apetit’s production. Freezing and especially the peeling, chopping and blanching of vegetable consume energy and influence the product’s carbon footprint.

However, factors in favour of freezing include the long shelf life and the reduction of food waste. In April 2020, Apetit Group started using electricity produced with wind power at all of its production facilities. Among other things, the transition to using electricity produced from renewable sources decreased Apetit Group’s carbon footprint calculated on the basis of energy use by 37 per cent.

During the reporting year, the carbon footprint of Apetit Group’s own operations (Scopes 1&2) decreased by 37 per cent from
the comparison year. This decrease was especially attributable to the adoption of electricity produced with wind power. All of Apetit Group’s production facilities have used wind power since April 2020.

Apetit participates in the Energy Efficiency Agreement system of Finnish industries and has committed to implementing the Food and Drink Industry Action Plan. In the Action Plan, the goal for improving the efficiency of energy use is to reduce energy use by 7.5 per cent in 2017–2025. 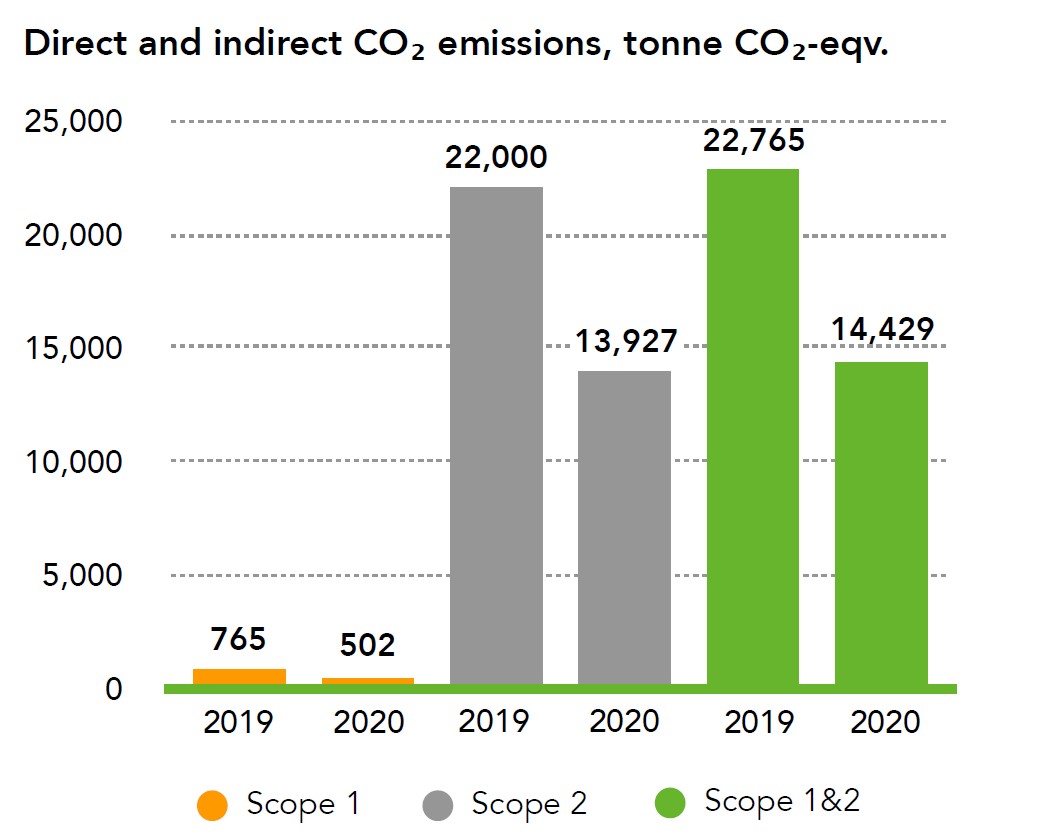