The Matching Share Plan comprises of the key personnel’s personal investment in the company's shares and of their right to receive one additional share without consideration for each self-acquired and retained company share as described in more detail below, after the earning period ends on 15 March 2023, as well as a cash reward corresponding to the number of shares to be issued. The purpose of the cash reward is to cover the taxes and tax-like payments to the key personnel arising from the issuance of shares.

The matching shares and the related cash portion shall be paid to the participants when the payment conditions are met, approximately on 15 March 2023, in a manner decided by the Board of Directors of Apetit Plc.

A maximum of 8,000 new shares or shares held by the company can be issued as additional shares and the cash reward corresponding to the same number of shares can be given within the Matching Share Plan. The maximum value of the plan, including the shares and the portion to be paid in cash, is approximately EUR 0.2 million calculated based on the average share price on the trading day preceding this release.

The Board of Directors of the Company has decided on a directed share issue against consideration in accordance with the authorization given by the Annual General Meeting on 27 March 2018, in which the company offers treasury shares held by Apetit Plc to be acquired by the key personnel. The shares are offered against consideration at the fair value of the shares at the time of the transfer.

In accordance with the authorization, the transfer price of the own shares is the fair value at the time of the transfer, which is determined based on the trading price determined in public trading arranged by Nasdaq Helsinki Oy. The fair value is calculated using the weighted average share price on the trading day preceding the trade date. The acquisition price of the shares is recorded in the invested unrestricted equity fund. The company is responsible for the transfer taxes and transaction costs arising from the arrangement.

In the share issue, a total of 8,000 own shares held by the company shall be transferred to six key persons belonging to the Matching Share Plan.

In connection with the Matching Share Plan described above, the key personnel shall acquire the shares to be acquired by personal investment approximately on 12 May 2021, after the Business Review of Apetit Plc from 1 January – 31 March 2021 has been released.

After the transfer of the shares, the company holds 81,230 own shares.

In the Performance Share Plan, the potential receipt and amount of the reward is based on the operating profit of the Apetit Group from 1 April 2021 to 31 March 2023 and the person's continued employment or service relationship with the company.

If the set performance targets are achieved in full, the maximum amount of share rewards to be transferred under the plan is 10,478 new shares or treasury shares held by the company, and the cash reward corresponding to the number of shares in a manner decided by the Board of Directors. The purpose of the portion to be paid in cash is to cover taxes and tax-like charges to the key personnel arising from the portion to be issued in shares.

The potential share reward and the related cash reward will be paid to the participants when the payment conditions are met, approximately on 15 June 2023 in the manner decided by the Board of Directors of Apetit.

The maximum value of the plan, including both the share and cash rewards, is approximately EUR 0.2 million at the average share price on the trading day preceding this release.

The condition for continuation of employment is applied to the incentive schemes. Accordingly, if the participant's employment or service with Apetit terminates before the time of payment of the reward, the participant is generally not entitled to the reward based on the plan. For weighty reasons, the Board of Directors of Apetit Plc has the right to change the terms or grounds of payment of the schemes, either in full or on an individual basis.

The Board of Directors of Apetit Plc recommends that the shares purchased by key personnel themselves and received as a reward should be retained for at least as long as the value of the shares held corresponds to at least 50% of the fixed gross annual salary.

Apetit is a food industry company firmly rooted in Finnish primary production. Our operations are based on a unique and sustainable value chain: we create well-being with vegetables by offering tasty food solutions that make daily life easier. We also produce high-quality vegetable oils and rapeseed expellers for feeding stuff, and trade grain on the international markets. Apetit Plc's shares are listed on Nasdaq Helsinki. In 2020, Apetit Group's net sales were EUR 293 million. 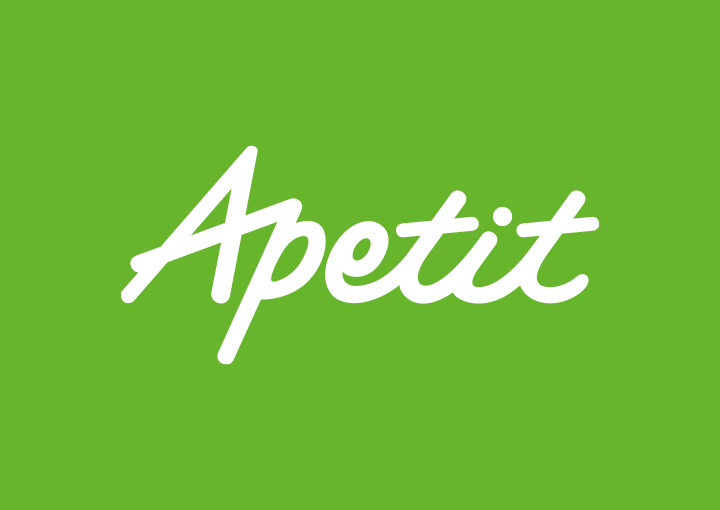 Profit warning: Apetit revises its estimate of operating profit for 2021 an...

Read more 01.10.2021
We use cookies to optimize the site and provide you with the best possible user experience. By clicking "Accept", you agree to the use of all cookies.
Read more | Cookie settingsAccept
Yksityisyydensuoja ja tietoa evästeistä